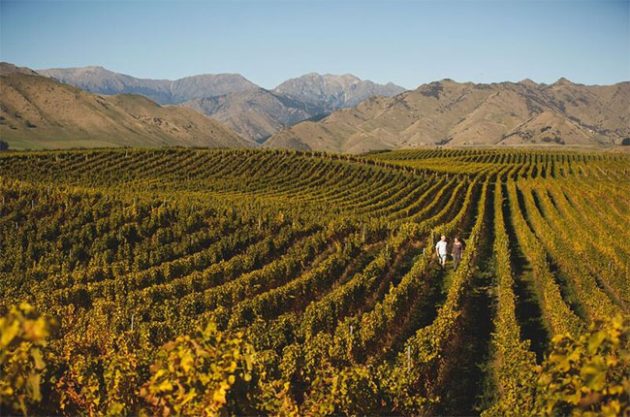 Why I don’t want to be a winemaker…

When those I meet on my travels find out that I live in the Languedoc, they often ask if I have any plans to plant a vineyard and make wine.

I don’t. My questioners are sometimes surprised by this abrupt negative – so I drafted an article for this week’s column explaining my reasons. At the same time, I contacted a few wine-growing friends, near and far, to survey their experiences. Their replies (some on the record, some off) were so interesting that I deleted my draft. Those who have done it can best tell the story.

Jonathan and Rachel Treloar run Domaine Treloar at Trouillas, in the Aspres sector of Roussillon, and create a wide range of innovative and well-reviewed wines there. Despite all of the preparations the couple made (including university winemaking studies and work experience at three vineyards), they never appreciated “the advantages of buying land in an AOC or village that already had a good reputation or is next to famous producers. In the ten years that I’ve been here,” Jonathan said, “the focus has been strongly on Calce and Maury, with the rest of Roussillon pretty much being written off as a wine lake. The view of a wine journalist on terroir can be more important than that of a viticultural consultant.”

Jonathan Hesford bemoaned “the weight of administrative paperwork in France”, and the penalties and fines which accrue if you don’t get it right.  “The New World or British mentality of carving your own destiny doesn’t really work well in France.” Another émigré grower in Eastern Languedoc confirmed this, pointing out (all too accurately) that “France is a country where having a job is considered preferable to creating one.”  His small business has to make ‘social contributions’ of €50,000 “on a turnover of 7-8 times that, before making a centime of profit, before taxes after any profit, without the owners taking a salary, and with only one full-time worker” — all of which “places an existential burden on most small wine estates in France.”  French wine growers have often made the same lament to me.

Bankers: your life in their hands

Sam and Mandy Weaver of Churton Estate in New Zealand’s Marlborough established their own vineyard without having a capital reserve of their own, and that has proved “our biggest challenge.  Wine production,” says Sam, “is very cash-hungry.”  He also stressed how quickly the global picture could change, as it did after 2008.  “Markets shifted very quickly; distributors went out of business or were consolidated.  At the same time, Marlborough suddenly saw over-supply for the first time.  Bulk wine shipments entered the markets and depressed everyone’s price and quality expectations.  This set us a huge bunch of challenges, some of which we are still facing.”  French banks, those working in France stressed, were slow, conservative and expensive: one grower took out a bank loan to cover the start-up period, only to find that it took most of the start-up period to materialise.  “Whatever you think your vineyard investment will cost,” suggested Caryl Panman of Limoux producer Ch Rives-Blanques, “double it.

Everyone I contacted was in agreement: selling wine is far harder than growing wine and making wine.  “What we expected least”, recalled Caryl Panman, “was that it is so difficult to sell wine.  I remember in the early days walking into the chai de stockage and wanting to burst into tears at the sight of all those unsold cartons.  My heart still sinks today if I come across a diary from fourteen years or so ago, and see those horrible reminders of all the doors we knocked on, all the icily polite, semi-polite or downright rude importers and merchants we visited.”  Jonathan Hesford also “assumed that if one made great wine and put it in attractive packaging, the trade would at least be keen to try it.  That isn’t the case and connections are very important, particularly in France and the UK.”  “You need an indomitable belief,” added a third grower, “in the wine you make and what you are doing.  You need the energy of St Paul in spreading the word.”

Are there ways around this?  Stephen Cronk of rosé producer Mirabeau en Provence had been advised by former Languedoc resident and consultant Matthew Stubbs MW before he began that selling was the biggest challenge he would face – and Cronk himself was a former sales director.  So when he set up his French wine business, he decided to do it as a négociant and sales specialist, sourcing and blending his wine from local growers and concentrating himself on sales and brand-building.  This model, Cronk says, has worked well – with sales to 30 different countries after just six vintages.  “What a producer may have to spend on a new tractor or repairing the leaky roof in the winery, we can spend on building the brand, travelling and attending wine shows.”

The grower-producers I talked to emphasized the importance of direct sales, even if this hadn’t been in the business plan.  “As the vineyard began its painfully slow climb to recognition,” Caryl Panman remembered, “people began coming by to taste the wines.  Then we built a tasting room.  Now we sell about 25 per cent of our production that way.  It is a wonderful way to keep in touch with the end consumer, and actually negates everything I’ve said about how awful it is to be constantly selling your wine.  I got an email from a bride the other day with a picture of her holding a glass in her hand and the note: ‘really added to the day!’  That is a terrific privilege – no other farmer has the pleasure of sharing his or her product in this way.”

You can do everything perfectly – and still face an existential crisis, as Sam Weaver remembered.  “We were heading for a fantastic harvest in 2014: good flowering, moderate but economic yields, great growing season, lovely even bunches.  Then at 5.30 pm on 4th March, seven days before harvest was to start, we were hit by a devastating hailstorm.  In the space of 10 minutes we lost 50 per cent of our Pinot Noir crop, 30 per cent of our Sauvignon Blanc and all our Petit Manseng.  I looked around the vineyard the following morning, burst into tears and sent all the vineyard staff home.  Last year was very tough for us.”

Even when the weather is on your side, the agricultural challenge is also considerable.  “Under every vine there lurks a problem you have never even heard of or thought about,” Caryl Panman warns.  “I’m ashamed to say that we, in our absolute and unforgiveable ignorance, didn’t realise how important growing is to the final product in the bottle; the more we began to grow, the more we realized how little we knew … and how much more we wanted and needed to know in order to help the vineyard shine and fulfill its potential.”

“I don’t think we anticipated,” concluded Jonathan Hesford, “the pressure of having to do four jobs simultaneously – farming the vines, making and looking after the wine, marketing and sales, and managing the business.  Our year has periods where several essential jobs need to be done at the same time.  In March, for example, we are usually racing to get pruning finished, mulching weeds, getting wines ready for bottling, attending trade tastings and completing the accounts.”  “If you want a bucolic life of ease,” added another grower, “then plan carefully for that.  Plant an acre, do everything yourself, and make sure you have zero need to sell a bottle.”  The lawyer who oversaw the Panmans’ vineyard acquisition did at least warn them of what that lay ahead.  ‘Beware,’ he said, ‘wine first takes your little finger, then it eats up your whole arm.’”

And then comes the big surprise.  Despite the many drawbacks, not one of the growers I spoke to regretted their decision.  “The experience has been a joy – one of the most rewarding and positive of my not-so-short life,” said the Eastern Languedoc grower I quoted a little earlier.  Jonathan Hesford notes “how rewarding and satisfying it is to be running our own business, getting great critical acclaim, having thousands of people enjoying our wine and living in such a nice place.”  “I’m sorry, Andrew,” remonstrated Caryl Panman, “but I cannot possibly dissuade anyone from doing this job.  If we have a single regret, it’s that we didn’t do it earlier.  It’s stressful; it’s awful – and it’s so, so wonderful.”  “I cannot think of any other enterprise that gives so much satisfaction and such wonderful connection,” sums up Sam Weaver.  “What could be better than being able to pull out a bottle of our 2008 Churton Abyss Pinot Noir, knowing that it captures all these things: place, time, season, wine-making, my thoughts and philosophy and experience to that date?”

So have I made the wrong decision?  For me, it hinges on aptitude and ambition: the few that I have lie with texts rather than bottles.  But if your dream is to be a wine-grower in one of the world’s up-and-coming wine regions, you shouldn’t be dissuaded.  Just remember that wine will eat your arm.